August 21, 2017
Welcome! You seem to have found the blog of Chris Hansen. How do I know this? Well, you're here, aren't you? At this point some of you may be disputing being "here", or even digging into deep questions like "where is here anyway?" As these sorts of questions and arguments aren't liable to lead to anything good, let's move on, shall we? 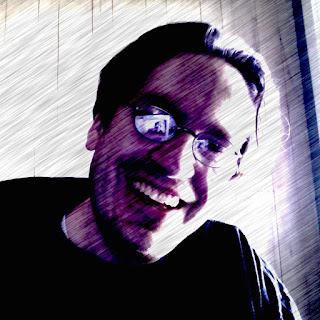 So first off, "Chris Hansen" is not such an uncommon name. You may be wondering which individual of this name is the denizen of this blog. Well, I'm probably best known as the creator of FX.php. Perhaps not as well known as some things in this world, but I think it's done a fair bit of good. Hopefully there's more good yet in me.

Also, as you may have guessed from my claim to fame (such as it is), I'm a programmer by trade. Presently, I work mostly on web stuff, but I've worked with all sorts of languages on various platforms. Right now, I work from home, and you wish you did too. Trust me. You do.

I also happen to have a wonderful wife, and great kids. But I won't go more into that subject here. The thought process behind that decision definitely merits a post of its own...

So, all that aside, if you've looked over the above links, and peered into the various nooks and crannies that they provide, you should know by now whether you're in the right place. Well? Are you? At the very least, you're still here with me. And who am I?

Perhaps one way to help you learn a bit more about me is to share a list of books that I think are "shiny" (as the crew of the Serenity would say) in no particular order: